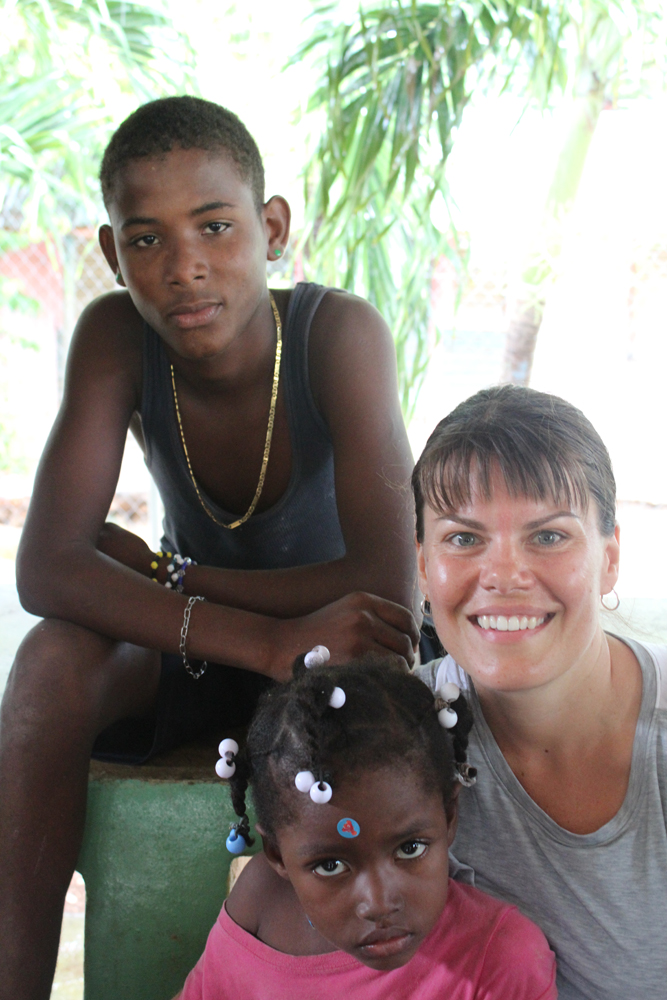 It was taught to me from an early age that giving was better than receiving.

When I finished my higher education, I knew I had come out of the seven most selfish years I was ever going to allow myself in life. When you are a student at any level, but in particular at the doctorate level, you are given a bit of a pass from society to just focus on your endeavors. I volunteered and helped at church when I could but not in the way I knew I needed to in my adult, non-school attending, life. It was taught to me from an early age that giving was better than receiving and I knew that without a doubt. So, in 2003, when I was in the working world and settled into a community I began thinking about how I wanted to give back.

Growing up I played basketball in our small-town league. It was and still is a huge event in town and it took hundreds of volunteers to make a successful season every year. Some years I had amazing coaches and some years I had dreadful coaches. I’ll never forget giving up soccer because of a bad coach in 3rd grade. As I reflected on these memories I realized I was being pulled to give back as a youth sports coach. I reached out to the local YMCA and was asked to coach a group of 1st graders that I will never forget. We had huge success and huge fun. The city where I was working had many low-income families and many of the kids I coached there we considered “at risk”. I found myself praying for them and reminding myself that loving them was the true task that was put in front of me in my time with them. I realized I couldn’t outright tell them Jesus loved them out of respect for the program, but as a follower of Jesus, I could love them.

Fast forward ten years and I was still coaching basketball, now in a league run by a Christian organization where I was asked to share the gospel with my team and take time out of each practice to have devotions. I was most filled up with each opportunity to play with the kids and to love them through that play – and I could openly talk about Jesus. Bonus! 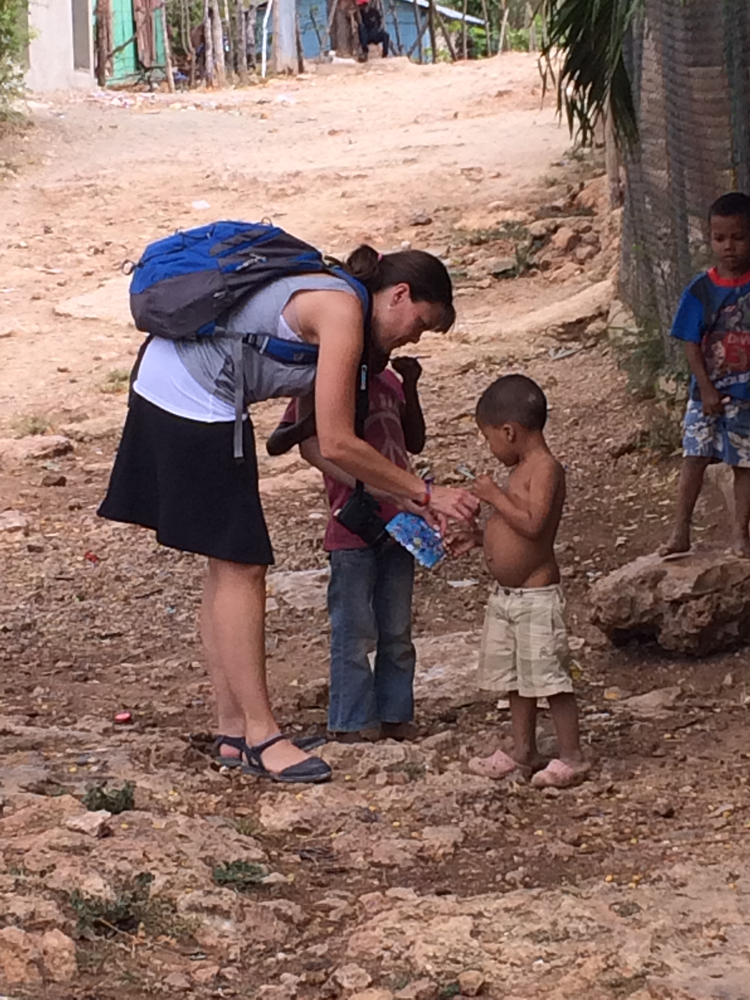 In 2013, an acquaintance from a different part of the state mentioned to me she thought I should go with her on a mission trip to the Dominican Republic. I knew nothing about the DR and really had not planned on any type of international missions. I admired those who did what I saw as important work but did not feel God had put that as part of my journey. But she was pretty emphatic and when I thought about it I realized I loved to travel and I loved people. I had the time to take off work and so I decided fairly quickly I was going to go.

It was while I was there that God spoke loudly to me and said “Don’t you see? Finally, after ten years, that I’ve called you to this? The love and joy of ministry through sports?” It strangely felt so comfortable to have the clarity but it also put me a little off kilter. I heard it and it made perfect sense after all this time but now what? Was God calling me to sports ministry at home? Actually in the Dominican Republic? In a different country somewhere in the world? And for my vocation or in my spare time? And so began the adventure to find out. I traveled again to the DR six months later and have returned at least twice a year since then. I also traveled to another wonderful Caribbean island on a mission in 2015. I loved that trip but it also solidified in me the fact that God has called me to the DR. Finally, in early 2016 I had the courage to fully respond.

Through the work I was doing in the DR God put Todd in my path. We shared the passion for the work and have different strength and weaknesses which makes us a perfect partnership. After a lot of prayer, I reached out to Todd and asked him if he would be interested in collaborating with me in running the ministry. I believe, for both of us, it was a no brainer.

From there, Joshua 1:Nine evolved. We filed articles of incorporation in late 2016 and will have official non-profit status in early 2017. From there, we know God is the limit, which is to say, things are limitless.

From a young age, sports has been a passion for me.

Baseball, basketball, football and hockey have all played an important role in my development from youth to adulthood, from athlete to coach. Even today the world of sports continues to offer new challenges and great opportunities.

I played every sport I could as a child. Each new season was my favorite sport for the moment, and brought opportunities to dream and grow, both on and off the field. As a teenager, some sports I truly loved to play, while others became entertainment to watch. Inevitably, my playing days ended, while the love of the sport lived on.

The natural transition for me was to coaching, staying active in the game. I have had the privilege to coach everything from t-ball to collegiate level athletes. I was even afforded the opportunity to coach a team that captured a World Championship. About fifteen years ago I left a career in the financial services world to pursue the opportunity to work with athletes and coaches full time. I quickly saw how sport was a platform to reach others for Jesus. Through sport we can reach across cultural and socioeconomic boundaries. The love of the sport gave us a door into the heart of an athlete or coach.

I had the privilege to work with several amazing nonprofits focused on the world of sports. I worked with athletes and coaches from middle school to the professional level. I sat across the table from an NFL MVP, on numerous occasions, discussing how we could reach more kids for Christ. I ate dinner with one of the all-time winningest coaches in NCAA history, as we discussed in detail, what coaches must teach every athlete about life. I prayed with a sobbing gold medalist who had won everything he had aspired and worked hard to achieve, but now didn’t know what was next in his life. All of these experiences were preparing me for the future.

In 2013, I was hired to revitalize a program that was struggling in the Dominican Republic. As I flew into Santo Domingo for the first time, I had no idea what to expect. What I found was a country that loved the game of baseball, a system that was broken, and some of the most loving and caring people I have ever met. Over the next several weeks I saw many of the typical stories coming out of the Dominican Republic. Countless more stories that gave me hope and the desire to see kids lifted from poverty to opportunity. This was the cross roads of hopes, dreams and desire. The program was in disarray and needed a lot of attention to get back on course. But the athletes and coaches had a love for the game and each other. It was an incredible sight and I was immediately sold. Over the next 18 months we implemented some major changes and gave these athletes many great opportunities to grow as athletes, students and young men in their communities.

Through this work, I developed a great friendship with Kristin Thompson. Kristin was a major advocate for the program, and every kids future was her primary concern. She was instrumental in helping to launch major changes. These changes had dramatic impacts almost immediately. The first was getting them a good and steady supply of baseballs. You would think that would be an obvious thing for the program, it wasn’t.

Unfortunately, this program in the D.R. was not a major priority for the nonprofit that ran it. It simply didn’t fit into the same mold as the rest of the organizations under their umbrella. I ultimately left in October 2015, but my heart and connection to those athletes has never diminished.

Bringing us to today. Kristin and I, after much prayer and discussion, started the process of building an organization that will empower these kids on and off the field. Taking what we have both learned in the D.R. and putting it into a new more efficient organization. Our goal is that no matter where life takes these kids, they will have a support system that will help feed, educate and build them for life. Joshua 1:9 “Be strong and courageous. Do not be afraid; do not be discouraged, for the Lord your God will be with you wherever you go.” My desire is that every person who is ever involved in our program will walk away with this imprinted on their heart. I would like you to join us on this journey.